We met at our normal “summer home The Abbey” and were very pleased to welcome John N5HPB for the first time. Some of our regular crew were busy at the De Anza flea market and we look forward to hearing if they sold more than they purchased.

Those also present were Glen KG0T, Peter K6UNO, Eric KK6IZY and Ron W6WO. This small group enabled a single conversation at a time and there were some very unusual topics. Peter posed a question about how to accurately determine the frequency to which we tune our radios. Eric shared a lot of information on using his cell phone to derive a GPS disciplined 10MHz reference. Peter mentioned audio software used to tune pianos. Ron mentioned the 60KHz broadcasts by WWVB pointed to a technique based on the frequencies of AM broadcast stations.

Don is frequency accuracy a subject and demo opportunity for a future Club meeting? This was a very tough challenge in the early days when the accuracy and stability we take for granted today was unheard of. Incidentally John Reinartz K6BJ published his design of a WaveMeter in the 1920s. Eric had discovered that European standards for levels Carbon Monoxide were much more strict than in the US and has purchased some Eu detectors which he plans to use in his travels. I am sure Eric would share details with those interested.

John introduced himself and briefly described his professional focus on heat management. Ron mentioned reading a reference to a chip dissipating 200 W per sqcm. John responded that he works with devices handling levels of power orders of magnitude greater. As everyone knows we love to discuss items of interest and John brought a complete home brewed Morse paddle built with his 3D Printer. It was a superb example of his precision engineering and mastery of the 3D tool. We gathered that the prices of kits to construct personal 3D printers is low enough to be seriously considered. Don do we have another potential speaker/topic for a Club meeting?

Fred KJ6OOV has recently been discussing his multi-band inverted Vee with Ron W6WO and asked why his measurements did not agree with his EZNEC model. The glib answer is that models rarely take into full account of the actual antenna design or the environment in which it is operating. Ron offered to develop examples to show the results of selecting a few of the many various antenna configurations. A show and tell for yet another Club meeting Don ?

Our next CAKE session will be on April 23 at the Abbey , beyond that date Ron departs for 3 months in the Mystic East. 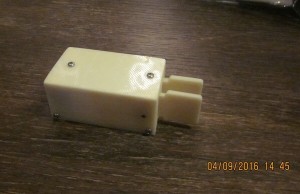 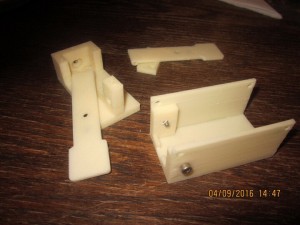