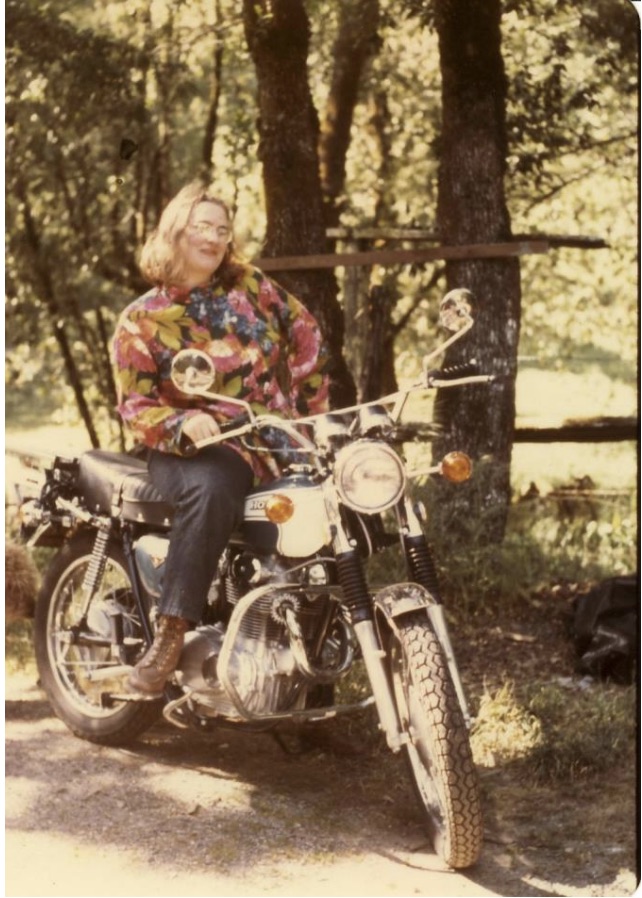 Kathleen McQuilling, 70, of Santa Cruz, California, passed away Monday August 21st, 2017 in Santa Cruz. Kathleen was born in Seattle, Washington to Donald W. and Carol F. McQuilling, and was the youngest of four children. The family moved to Berkeley, California during her first year. She was a graduate of Berkeley High School. She had two older brothers, Norman K. and David S. McQuilling, and is survived by her sister Anne C. McCord, and her son, Brian Gromme, born in 1964. Other surviving members of her family are nephews Beorn Whetstone and Nila Cusimano, niece Jennifer Towhee Chester, great-nephew Dustin Chester and great-niece Roxanne Chester.

She was a lifelong musician, having started as a child prodigy on the cello at age 3. Her first public performance of classical music was a duet at the age of four, along with her sister, Anne, six, who played the violin. Kathleen’s first cello was a modified viola with a peg added to the bottom. The group later added a little girl who played the piano. It was soon noted that she had recognition of perfect pitch. One of her observations was that the most prevalent tone in the environment was B flat.

Kathleen began reading at age three and was reading novels at age 5. She skipped the early grades in school and started school in the 2nd grade. Her IQ at the time was tested at 162. Kathleen became proficient with all keyboard and string instruments: Harpsichord, piano, violin, fiddle, guitar, banjo, and cello to name just a few. She was also a dynamic singer and sang in multiple bands during her lifetime. She loved to do karaoke in bars and in her 60s sang professionally with the Red Malone Quartet in Santa Cruz and surrounding areas. She was a member of the Jazz Society of Santa Cruz and secretary of the Coast Musicians Club. Kathleen loved folk music. Her favorite songs were “Losin is an Easy Game” and “Keep on the Sunny Side.” Jazz was her second favorite genre and she sang jazz songs in her karaoke sessions and with the Red Malone Quartet. She worked for several schools and colleges, one of the first jobs being as secretary at Merritt Collage in West Oakland, famous for being the home of the Black Panthers. While at Merritt College, she studied classical guitar with De La Torre. She had a beautiful hand made guitar, which of course, had beautiful resonating tone quality.

She worked in a High School in Alaska, accessible only by airplane. In the middle of a health crisis, she was rescued in a dramatic plane trip that, violating air space rules, picked her up and carried her to a hospital in a winter blizzard.
Kathleen worked for UCSC (University of California of Santa Cruz) as secretary to the Chancellor. She edited all of the Chancellor’s writings and correspondence, spearheading many large building and academic projects. She was well loved by everyone for her efficiency and attention to details, and received full retirement benefits after working there 20 years.

Her marriage to Joe Sheepskin, a Canadian Native American, lasted into the 2000s, when he passed away from Alzheimer’s and diabetes.

She volunteered for many public service clubs and projects. Kathleen was an Amateur Radio Operator, Novice call sign WN6KVH, which she earned in 1973, and then later upgraded to General Class, KI6AIE. She loved Morse Code, which she used exclusively on HF radio. She was an active member of the Santa Cruz Amateur Radio Club, serving on the Board as Treasurer and then Secretary from 2005 to 2010. She organized Christmas banquets and auctions, and kept the membership rolls. When her parents died, she managed their property east of Santa Cruz and served as secretary of the
Homeowners Association, managing road projects and the finances.

In her late 60s, after being a member of the Foundation for Shamanic Studies for many years, she began taking classes in Shamanism, working to become a healer and understanding the very basics of spirituality. All her life she loved the Earth as Gaia, the ancestral mother of all life, and the primary Mother Earth goddess. During the 60s to 70s, when Kathleen was living in Haight-Ashbury in San Francisco, her nickname was “Earth Mother”, since she was known for her love of the earth throughout the hippie culture.